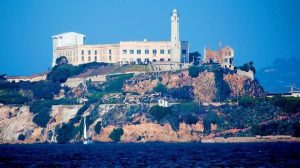 Many people have heard of Alcatraz Island and are familiar with it because many famous inmates had been incarcerated in this place. People like Al Capone and many other notorious gangsters from the 30s had been a part of Alcatraz Island’s history. There are many paranormal events and stories that are said to have happened here. During the closure and after the closure back in1963, there are numerous reports of paranormal activity taking place. 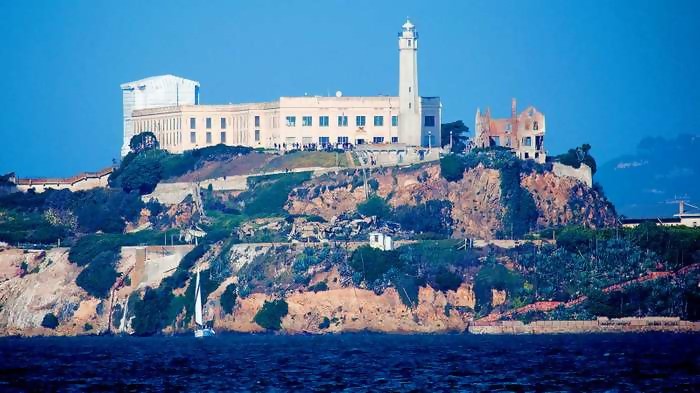 This is a very rocky island that is located near San Francisco. The island is about 22-acres and is on a mile and a half away from shore. It was first explored in 1775 by a man named Juan who had named the island Isla de Los Alcatraces. This meant Isle of the Pelicans. It was then sold to the United States in 1849. This was the location of the first lighthouse on Californias coast in 1854. It wasn’t long after that the buildings were underway.

In 1861 the island was for military offenders. It was later on that other prisoners were taken to this island. It wasn’t until 1934 that it would serve as a federal prison. It was a prison for the most dangerous prisoners around. Some of the most famous inmates were Machine Gun Kelly, Robert Stroud, and Al Capone.

The prison could hold 450 inmates, however, it never had more than 250 at a single time. The cells were about ten feet by four and a half feet. Not many people tried to escape, however, the ones that did are not known if they survived or not. In 1963 the island banned bringing fresh water to the island and transporting waste away due to those trying to escape on the boats.

It wasn’t until 1972 that Alcatraz was available to the public. This was a popular destination for tourists even though the buildings had no repairs. Most of the buildings had decay and weathering. Plus, the first lighthouse and other buildings were burned to the ground in 1970.

The maximum-security prison was strict. Inmates were punished severely if they were to break any rules. This meant that they would be sent to the strip cell. They would be forced to strip naked and go into a cell without light, sinks, or mattresses. Plus, the toilet in this cell was a hole in the ground. This cell was meant to remove any hope or humanity for the criminals that had broken the rules to earn their stay there. This is one of the many reasons people believe that the spirits are unable to move past these experiences.

Many visitors, prisoners, and rangers have reported paranormal activity. This dated back to when the prison was still running. They claim that there was whispering within the cells and cell doors shut on their own. Some people have reported seeing phantom figures and cold spots in certain areas. The last occurrence is sewing machines or musical instruments being played.

When the prison was running, every guard or official had reported seeing or feeling something strange occurring while they were at work. To this day, some rangers will reveal the secrets of the island. It is reported that the ghosts are of the prisoners who were taken during the Civil War.

Prisoners had reported whispering sounds and even moaning. Among other strange occurrences are figures, chains clanking, and floating lights. Some inmates were not so lucky. One inmate reported seeing red glowing eyes. He screamed for hours on end and was eventually found dead the next morning. He had a purple face and bulging eyes. There were also strangle marks around his throat which were never able to be identified. At this time, the guards had laughed off the paranormal claims but as time progressed, they had unusual experiences themselves.

Guards had experienced feeling fingers on their necks, cold spots, and hearing crying during the night. One warden was doing a tour of the prison and heard a woman sobbing. This is impossible because women were not sent to this facility. It was also said that the people from the early military prison would walk the halls and would disappear when a guard would approach them. The most famous thing that has been reported is the phantom cannon blasts, fire alarms, and gunfire.

The most common report is unexplained clanging sounds and crying. In different blocks of the prison, there are also different occurrences. For example, in one block there are unexplained footsteps and moaning whereas another block is supposedly haunted by a man who was killed in the laundry room. A ranger spent the night alone in the facility and reported a heavy door swinging but there was no cause for the door to swing. The door continued to swing for many nights without cause. While this all occurs in blocks A, B, and C, block D, is said to be the one with the most activity.

Block D has four cells that are considered haunted. There have been unidentified or explained voices in 11-13. Cell 14 is the worst one. It was known as The Hole and was for those who were punished. This cell is supposedly cold all the time. This includes in the summer as well. This cell is at least twenty if not thirty degrees colder than anywhere else. 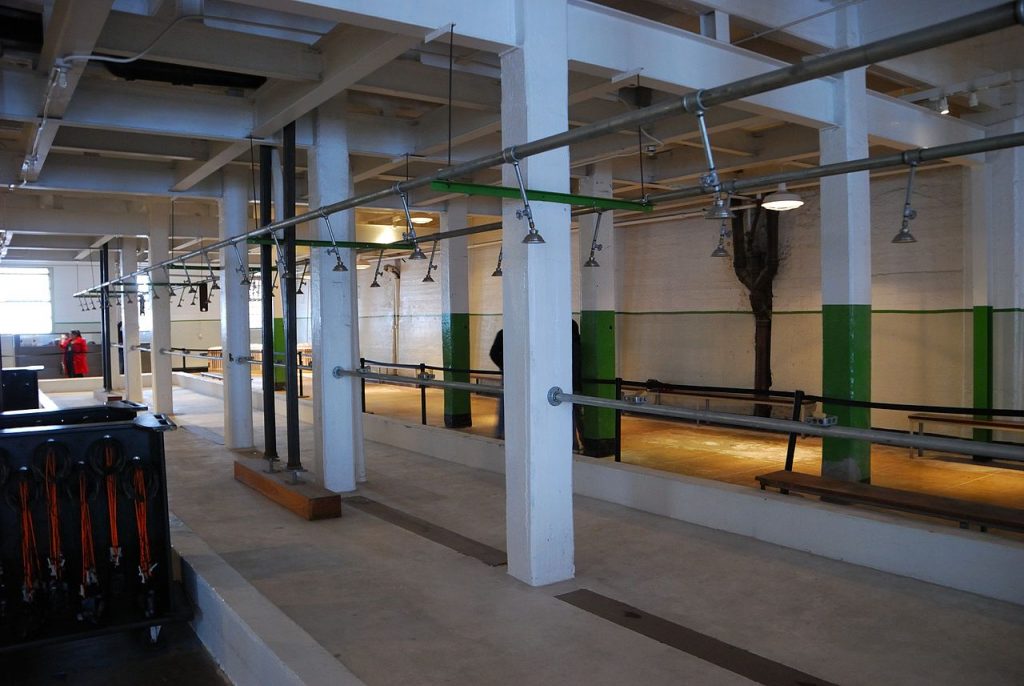 There have been reports of hearing a banjo from the shower room. This was where Al Capone used to practice. This theory was confirmed by rangers who worked during the time when Capone was incarcerated. The shower has also been known for making you feel cold and having fingers on the back of the neck when no one else is around.

Many psychics and investigators have gone into Alcatraz to prove or shut down these theories. While many were quick to put down the paranormal activity, one psychic spent the night. Most of the visit there was nothing. However, in the early morning hours around three in the morning, they had entered the utility corridor. This was the place where three men were shot in 1946. The room was pitch black but he had felt anger. There was a presence of evil lying where the men had been shot. The psychic had been cursing and he then stated he wanted to fire a gun at people. When the light was turned on you could see the hate and anger in his eyes. It was as if this spirit or presence had completely changed him as a person. The camera crew had stated that he was no longer this nice person, you could see the evil in his eyes when he felt this way. It was almost as if something had taken over his body and changed his thought process.

Alcatraz has a long history of violence, war, and death. It is well-known for its prison but other events have happened. There have been wars and numerous deaths that have occurred on the Island. However, with that being said, there is a lot of evidence that states that the island is extremely haunted and full of paranormal activity. At the very least, there is a lot of activity that cannot be described. Many people have visited and made claims in which they had unexplainable activities happen to them. Guards from the prison, visitors, and prisoners have all made claims about paranormal activity occurring. Plus, it has been visited by psychics who seem to back up that there is paranormal activity going on. No one can pinpoint why the activity is happening or who is behind it, but one thing is for sure, there are paranormal occurrences that are unexplainable.