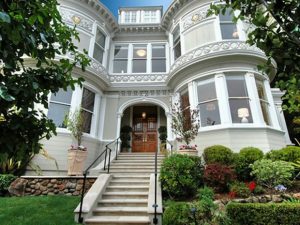 If you are looking to find the facts behind the most gruesome murders in San Francisco, you will likely find yourself with many details that derive from old ghost stories. The Chamber’s Mansion story begins with a man named Richard Craig Chambers. He was a baron from the Midwest. He was wealthy and decided to move to San Francisco. He built his home, rather a mansion, at 2220 Sacramento St. They had moved into the home in 1887. When the man died, his wife and two of the nieces would inherit the home in 1901.

This was not the best arrangement because the nieces would not get along. There are many different versions of the story. Some state that one of the nieces would build a home next to the house to get away from the other nice. However, it was Claudia Chambers who would meet the worst fate. Most of the stories state that she had died in an accident. In fact, most of the stories say she was sawed in half. While most state it was an accident, some claim that a family member murdered Claudia. No matter how it happened, the mansion has been the center of many different ghost stories. However, if you look at historical records, none of this actually happened. 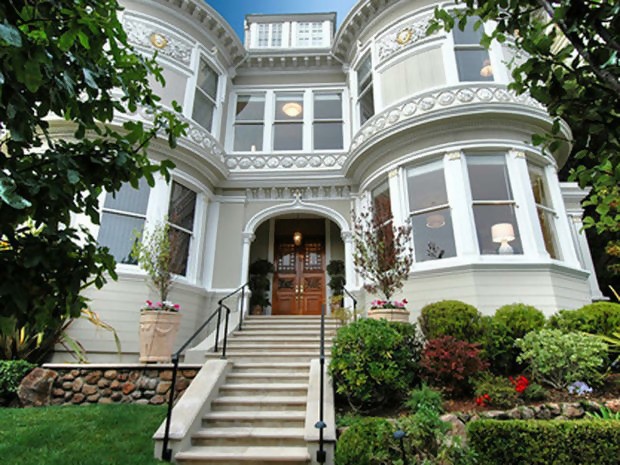 The first thing that isn’t true about the story above is that there is no man named Richard Craig Chambers. The home never had this name tied to it. The man who owned the home was named Robert. This was proved by many newspaper articles and the census record. Some records indicate that the man was a senator in the United States. However, he would never serve. He would be a sheriff from 1858 to 1862.

Robert would make the money by being a superintendent of a mine found near Park City in Utah. He would eventually decide to sell this mine to a man named George Hearst. The mine had yielded over fifty million dollars in both lead and silver.

Robert had married Eudora. They were both well-known in San Francisco. However, they never had children. No one knows why the couple never had children. However, before Eudora would pass away, they would take in two of her nieces. This would happen before 1897. The nieces were named Harriet and Lillian.

The estate was worth one and a half million dollars at the time of Robert’s death. He would die in 1901 of appendicitis. The money would be split between the sisters and brothers of Robert. The house would be handed down to Robert’s sister, Ada. She is said to have lived in the mansion with her husband until they both died in 1910. The home was then passed onto another sister, Margaret.

These are the facts that would be able to be backed up by records. A further look into records would indicate that no one named Claudia would ever live there. This should help reassure people who believe she was sawed in half. However, while most of the story is false, there is some truth in the tale.

There isn’t much to know about the wife of Robert Chambers. However, with that being said, there are some weird circumstances surrounding her. In 1893, she went missing from the family home. The family and friends would search for her to no avail. It seems that the forty-year-old had simply vanished. She left no trace of anything. About a week later, she was found wandering a beach. The beach was located around Mussel Rock. Eudora was helpless and weak. However, even though she was missing for almost a week, she showed no signs of being exposed. It is speculated that during her missing days she was taken in.

It wasn’t until several months later that her strange behaviors would come back into the light. On New Year’s Eve, she would try to commit suicide. An engineer who worked on the trains would notice that a woman, Eudora, was walking very close to the tracks. When the train had gotten closer, the woman threw herself in the way of the train. Luckily, she threw herself off the tracks. She suffered small injuries to the hip and head.

Those who were close to Eudora would state that she was not mentally stable. They stated she was unbalanced. Then, three years later, she would be pronounced dead. The reason why she had passed is not known.

After the death of Robert, the nieces of Eudora would have conflict, however, it was not with each other. They believed they deserved some of the estate. It was stated that the nieces were taken in and raised by the couple as their own because their parents had passed. It was under their knowledge that the will of Robert would continue to provide for them even after they had passed. However, even after lawsuits, the nieces would eventually lose. They would never live in the mansion again.

Since the Chamber’s family had moved, there have been several others who have lived there. Plus, the mansion has been turned into other things. In the 70s, it was a bed and breakfast for luxury guests. It is said that some of the most popular people would stay here including JFK Jr. And Robin Williams.

In the year 2000, the mansion was sold. It was sold to a developer who had turned the mansion into two separate townhouses. The townhouses are estimated to be worth about six million dollars…each! The mansion is very secluded. There are many trees and bushes that hide the property. You would miss the property if you were walking by it.

If you are looking to find answers that are beyond the grave, think again. Rober was buried at the Laurel Hill Cemetery. However, this cemetery was dug up and moved in the 30s. Graves would often be dug up by the masses. This would mean that some were occasionally left behind to be found by those renovating currently.

While there is some truth to the story, there are also some lies. However, that doesn’t mean that the tales are not true. Sometimes things get lost. Who knows, maybe there were a Richard and two nieces. The story could be true, however, there is no documentation.

The haunting story goes like this. Richard would pass the mansion down to the nieces after he would pass away. The nieces would argue and simply hated one another. They would never get along until one fateful day when Claudia Chambers would be cut in half. It is said that she was cut in half inside the house. The family would claim it was due to a farm accident, however, there was more to the story. The family was believed to dabble in black magic. This would indicate why there is a lot of paranormal activity within the mansion to this day. It is said that the ghost of Claudia still roams the mansion to this day. Plus, those who are visiting the area will often report seeing flashes of light in the windows of the upper floor.

No one knows exactly what happened in that mansion. There is no record of a Richard or Claudia. However, that doesn’t mean they didn’t exist. This is especially true if the ghost still walks the halls of the mansion today. It is up to you to decide what you believe and what you don’t. Who knows, maybe the records of the family were destroyed at some point. Take a visit for yourself and you decide. It is said that there is a lot of paranormal activity that occurs within the mansion. If you see Claudia, do not worry, she is not believed to be dangerous. It is said that she is a lost soul who cannot move on. 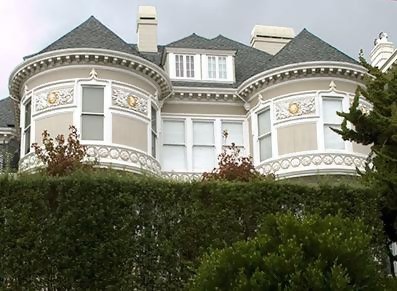