The Cliff House and Sutro Baths 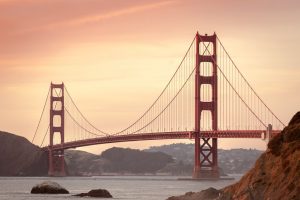 One of the most active and paranormally diverse areas in California state, the Cliff House and Sutro Baths honestly do not skip a beat when it comes to tragedy. Shipwrecks, explosions, mummies, dead children, secret graveyards, disastrous fires, apparitions, and even Satanists have been part of this area’s history! With so much tragedy, where should we even start?

A shallow estuary in California, it is dominated by the cities of Oakland, San Francisco, and San Jose. Covering over 1400 square miles of land, the bay empties about 40% of California’s water into the pacific ocean. The first recorded discovery of the Bay by Europeans occurred on November 4th, 1769, when the Spanish explorer Gaspar de Portola was unable to find the port of Monterey. He continued on, reaching Sweeney Ridge, which is now marked as the place he first caught a glimpse of San Francisco Bay. Not realizing what they had discovered, they recorded that they had reached Drake’s Bay. One of California’s most important industrial areas, the bay remains protected, and pieces of the area are registered under the National Historic Sites list.

The Tragic History of the Cliff House

Straight from the Cliff House website’s history section, the first thing we see are tabs that explain there have been not one, not two, but FOUR Cliff Houses throughout history. Why does this house keep getting destroyed? Could it be a haunting of the land itself? Built by senator John Buckley, the first Cliff House was built around 1863. The splendor of the house was enjoyed by five U.S. presidents and many famous citizens from around the world. Self-made millionaire Adolph Sutro built his estate at Sutro Heights overlooking the Cliff House and eventually purchased it in 1883. The Cliff House remained a favorite of the rich and famous until September 7th, 1907, when the entirety of the home burned to the ground, destroyed in less than two hours.

However, the misfortune started earlier when in 1887, the schooner boat Parallel, abandoned and loaded with dynamite, ran into the rocks below. The explosion that followed was so powerful it was heard throughout the bay area. That version of the Cliff House operated until 1889, when it was given hefty renovations. On Christmas day in 1894, it was destroyed by a chimney fire. Rebuilt yet again, The Cliff House continued operating and was purchased by George and Leo Whitney in 1937. The Golden Gate National Recreation Area acquired the house in 1977. Today, it stands as a beautiful restaurant with panoramic seascape views. The Cliff House has seen its fair share of tragedy and misfortune, but did any of these events leave spirits trapped here, and why is the land here shrouded in such mysterious, tragic circumstances?

There have (obviously) been a plethora of ghost sightings reported in the area. The most famous of the Cliff House is that of a forlorn woman who wanders the large rocks below the house. Legend has it that she is the restless spirit of Natalie Salina Harrison, who, in life, reportedly waited on the shores in vain for her fiancé to return from battle during World War I. She died utterly broken-hearted, and people have reported her apparition at the Cliff House since 1917.

In 1887, the shipwreck of the Parallel was one of the Cliff House’s more tragic happenings. But it was not the first boat to wreck around the large rocks; it was the fourth. (See also, The King Philip, SS Ohioan, & SS City of Rio De Janeiro, which killed 135 people.) The Parallel hid its wreck well, thanks to 40 tons of black gunpowder and dynamite. The crash took out the Cliff House’s entire north wing. Today, people report the apparition of the Parallel headed for the rocks, only to realize minutes later that the ship vanished. As for the wreck of the SS City of Rio De Janiero, the lives lost that day wander the rocks just as Natalie does, confused and searching for something. Why are the Cliff House and its surrounding lands filled with such bad luck? Read on to find out.

The Cliff House isn’t the only reportedly haunted structure on the land! The Sutro Baths were built by Adolph Sutro, who has been introduced above as a self-made millionaire. Sutro designed the baths and even the entire area of Sutro Heights. Developed in 1894, the Sutro Baths were an ocean pool aquarium among the rocks of the north part of the Cliff House. The complex spanned three acres and boasted impressive artistic details. Sutro’s dream for the baths was to provide a safe and healthy recreational swimming facility for San Franciscans of the area. There were slides, trapezes, springboards, and a high dive. The Pacific Ocean provided the water for the baths and could fill them all within an hour. Built to accommodate 10,000 people, the Sutro Baths were indeed a luxury of the time.

Thanks to Sutro’s progressive spirit, he wanted the baths to provide recreational and educational opportunities. The front entrance contained natural history exhibits, galleries of sculptures, paintings, and artifacts from ancient Egypt, China, The Middle East, and Mexico. The most popular was the group of Egyptian mummies. In 1964, developers planned to replace the baths with commercial apartments. But in 1966, when a fire destroyed what was left of the baths (do you see a pattern here), the city did not pursue the high-rise apartment plans and instead left the concrete slabs and ruins of the baths to sit.

For those who believe in curses, one may wonder whether Adolph’s persistent fire issue resulted from his penchant for collecting ancient artifacts. The Sutro Bath House contained some of the rarest and most expensive collectibles around. Not only were there multiple mummies, dug up along with their sarcophagi, disturbed from their original graves, but also two 3,500-year-old mummified heads and a mummified hand. Any paranormal enthusiast can tell you that keeping cursed artifacts can surely stir up a haunting that won’t soon be forgotten.

To make this area’s realty value even worse, the area was (you guessed it) once home to a Native American Encampment and burial site. The Yelamu tribe traveled here annually to fish and hunt while the summer season was at its peak. All of that stopped when the Spanish travelers arrived on the shores in 1776, bringing disease and an entire mess of other horrors, including battles and massacres.

All the strange energies picked up by visitors and paranormal researchers to the area can also be explained by the fact that the area surrounding the Cliff House and Sutro Baths was once the Golden Gate Cemetery. In the 1930s, the Board of Supervisors wanted to exhume and move over 18,000 bodies to Colma, and the job was done haphazardly. In 1993, hundreds of bodies were discovered here in unmarked graves. On the concrete slabs of what remains of the Sutro Baths, voices can be heard faintly over the sound of the crashing sea when no one is around. Disembodied laughter and apparitions of men in bathing suits have also been reported frequently.

Even with the threat of giant waves hitting the area, and the potential of being swept out to sea, history holds onto its ongoing popularity with both locals and tourists alike. The Cliff House and Sutro Baths sit on an insanely beautiful stretch of coastline and boast a fascinating history, to say the least. Perhaps that can explain why the spirits of lives lost here don’t leave.

For more hauntings in the Bay Area, read about the bridge that connects it all!