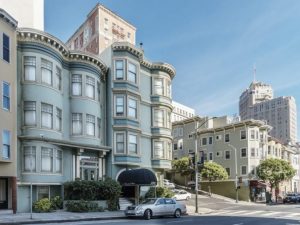 You can find the Nob Hill Inn on 1000 Pine Street in San Francisco. It is three stories. It is described as a turn of the century mansion. It was first built in 1907. It features classic bay windows. It has a décor style of European. It is known as a boutique hotel. The furniture and interior of the inn ae a mixture of French elegance and Victorian charm.

The lobby is elegant and beautiful. It is filled with European Style. There is also a parlor and dining room. This inn features twenty-one rooms for guests. It also has one or two-room suites. They are all furnished carefully. Each room has hand-picked items. The furniture is antique and unique to each room. There are burled wood armoires, exotic woods, and so many other beautiful items. This includes brass beds! Most of the rooms will feature a fireplace with a tile face. Plus, claw-foot tubs! While most of the room items are antique and look the part, some modern amenities people would enjoy.

The Inn is located a block away from the cable-car, as well as the Grace Cathedral. It is located in the center of most of the activities in the town. You can still stay at the inn today. If you stay there today, you will still notice all the antique furnishings. You will also be able to enjoy complimentary tea in the afternoons. The hotel now features wireless internet that is available for all rooms and the common areas. Most of the rooms can be accessed with an elevator; however, a few rooms are only accessible by the stairs. 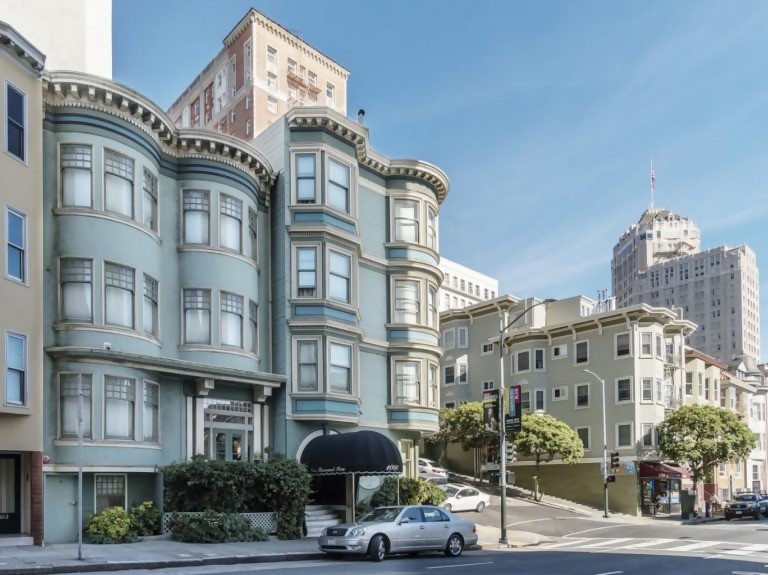 Nob Hill had become settled in the 1800s. It was settled after the gold rush and the invention of the trolley car. They would settle this area after they had made a fortune from the gold rush. The city had an amazing view, and the trolley car would help with the steep hills and angles of the streets. After this first wave of people, there was a second wave. These people would build more extravagant mansions at the end of the 1800s. The second group of people were wealthy because of the Comstock lode that happened in Nevada. The people used all the most opulent materials they could to build these mansions and as a result, they were some of the most elegant of their time.

The Nob Hill Inn would be built on the ruins of a burned-down structure. We don’t know which structure was here, but we do know it was grand. The structure would have existed before the earthquakes and deadly fires of 1906. Most of the people who had lost their homes would have enough money to rebuild their mansions.

The Nob Hill Inn would become a private mansion/townhouse. It would belong to those who were very wealthy. The home would have several owners before it was bought out and repaired. There was a much-needed renovation that would occur. It would restore the building to its original and beautiful state. The building would be a turn-of-the-century beautiful townhouse.

The hill is known as nob hill because of the people who lived there. The word nob derives from the word nawwab or nabob. These words mean a person, especially of European descent, that has made a large amount of money in another country. These people are very wealthy and powerful. That is why this hill got the name nob hill because the people who settled it were those who had made a fortune off the gold and silver, as well as the Pacific Railroad. 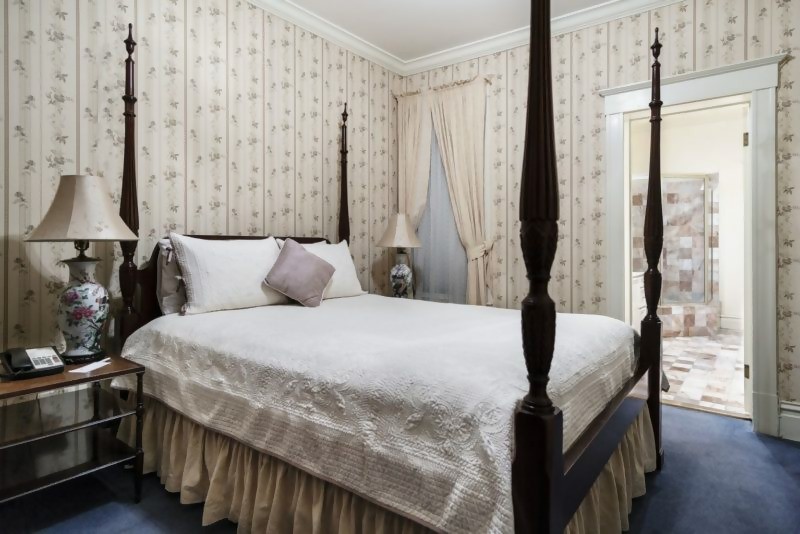 When people are renovating seems to be when the ghosts make themselves known around the townhouse and even the neighborhood. The renovation job that had restored it to the original state would be well-known by the spirits. The inn has become home to many different entities! In the last count, there were more entities than they had rooms! There were over twenty-two entities.

It is said that the entities are jovial. They will make the most out of any situation with humor, even at their age! The ghosts will play practical jokes on those staying at the inn. However, it is said that the spirits follow San Francisco’s manners. They are looking to have fun in a socially acceptable way. This means that they aren’t trying to scare anyone or hurt anyone. They are also not trying to interfere with the stay of the guest either.

The ghosts will play practical jokes and do things to people that they find funny. For example, they are known to pinch the belongings of the guest and even move them. Some of the ghosts will walk down the halls and knock on the doors of the guests. Sometimes the ghosts are said to play with the electric and appliances. It is believed that they are just making their presence known because they are not believed to cause or mean any harm.

A psychic had come to the inn and told the owners that there were many ghosts. She had been in the wine cellar. She stated that the spirits were harmless.

Many people believe that the entities are attached to the many antique items that furnish the hotel. Other people say that the entities are those who had died in the earthquake that destroyed the building before the inn was built. No one had died in the grand home destroyed during the earthquake; however, many people did die in the area. It is believed that some of the entities are those who died close to the grounds. It is said that their spirits have gravitated to the area where the old home was. No one really knows where the entities have come from or who they are. However, they do know that practical jokes are their thing.

The hill is known to have many beautiful mansions and homes. This was the area in which those who had struck with the gold rush settled. This area was the area in which wealthy people would live. However, no amount of money can stop natural disasters. Many of those who had built their homes lost them in 1906 due to earthquakes and fires. The fires had started due to the numerous earthquakes. While most people would be able to afford to rebuild their mansions, some would start over from scratch. That is how the Nob Hill Inn would become what it is today. With that being said, if you stay at the inn, be prepared for some practical jokes. There are said to be twenty-two different spirits that walk the halls. These spirits are going to play practical jokes on those who stay at the inn. They do not mean any harm and are only doing these tasks to make their presence known.