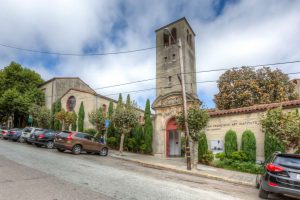 The San Francisco Art Institute is a place where many students with a passion and interest in art have attended to help them accelerate their careers in modern art. The building is located in the heart of the City By The Bay and the building itself is known for having some pretty interesting designs. While there are nearly 600 students in attendance, there are some others that might be wandering the campus. More specifically, these “others” are among the residents of the spiritual world. The question is, are they still haunting the institute to this day? We will talk about the history of the SFAI and the stories of why the oldest art school west of the Mississippi River might be one of the most haunted places in the city. You won’t know if it is haunted without hearing the stories and recollections of past students who have seen mysterious figures and heard suspicious noises.

Early Years Of The SFAI 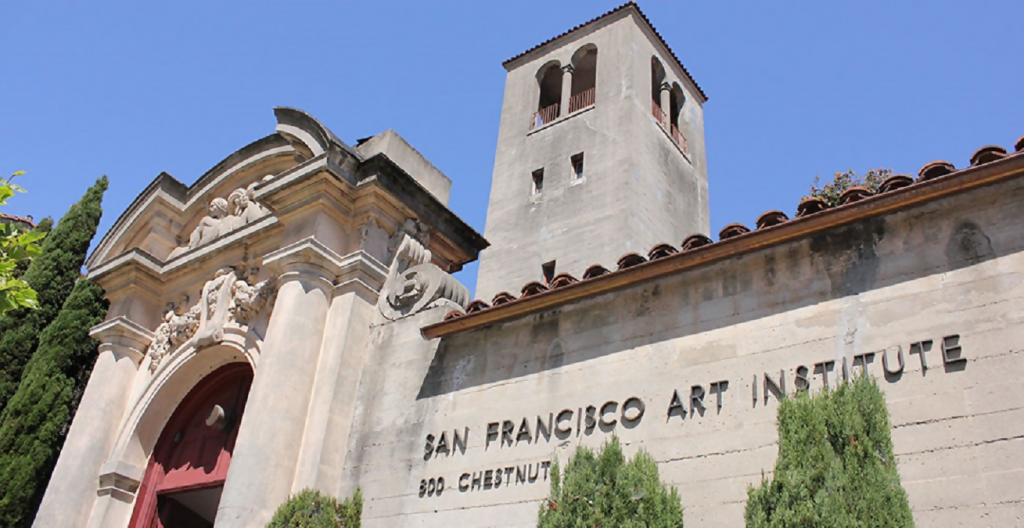 The San Francisco Art Institute was established in 1871 along with the San Francisco Art Association. The group was put together to promote local and regional artists who have wished to showcase their artwork to various enthusiasts and art collectors that have lived in California and even all over the country. In three years’ time, the association had gained well over 700 members (100 of them ending up as lifetime members). This was enough to procure funding to open up the art school. One of the first notable faculty members was Virgil Macey Williams, who assumed the role of director and also taught painting. He held both positions until his death in 1886. In the 1890s, the Hopkins Mansion and some of the surrounding buildings were donated as additions to the SFAI. The student count would soon increase as the institute (then known as the Mark Hopkins Institute of Art) allowed students from the California School of Design were able to sign up for classes.

The Hopkins Institute was soon destroyed along with a large part of the city during the Earthquake and Fire of 1906. The replacement value was said to be estimated at around $3 million. However, thanks to a generous insurance policy the institute was rebuilt within a year. The campus was rebuilt and later named the San Francisco Art Institute. In 1916, the San Francisco Art Association merged with the San Francisco Society of Arts and took over operations of the San Francisco Museum of Art at The Palace of Fine Arts. The school relocated to its current address of 80 Chesnutt Street in 1926. Since then, the San Francisco Art Institute has educated many art students, many who have went on to have illustrious and lucrative art careers. Some of the pioneers of some modern arts like motion graphics were students and later faculty members of the institute. One such artist was Maynard Dixon, whose artwork was used to document some of San Francisco’s historic movements like the city’s labor movement. Dixon was also responsible for creating artwork that captured the beauty and majesty of the Western U.S. landscape. Henry Kayama, who taught at the Institute for a time published the first every graphic novel in the United States entitled “Four Immigrants Manga”. Photographer Ansel Adams was one of the faculty members in the late 1940s having taught photography and helped start up the fine art-photography department. Around this time, the institute became a major hub for the art form of “Abstract Expressionism” and many of its early adopters were fixtures of the institute.

Many forms of art including “Funk Art” were apparently incepted at the San Francisco Art Institute and may also be a place for more art forms that have yet to be discovered. Throughout the course of many years and decades, fine arts, political, and social activism have been some of the core happenings at the institute. And it continued to produce many notable faculty and alumni over the years. In the 1960s, one such alumnus named Annie Lebovitz became well known for her photography that has been showcased across many magazine covers and pages and galleries worldwide. Liebovitz would go on to become a photographer where a number of celebrities were the subjects. One such photo was a Rolling Stones cover that featured Yoko Ono and John Lennon. The photo for the cover was taken the same day Lennon himself was murdered outside of his apartment.

The school wasn’t just a place where it wasn’t just photography and paintings. The SFAI had played a role in the punk music scene with some bands forming within the campus grounds or featuring students from the University. Even today with the development of modern technology, most students have continued to utilize art through old school means. In 2016, the school was recognized for its history and was listed on the National Register of Historic Places. 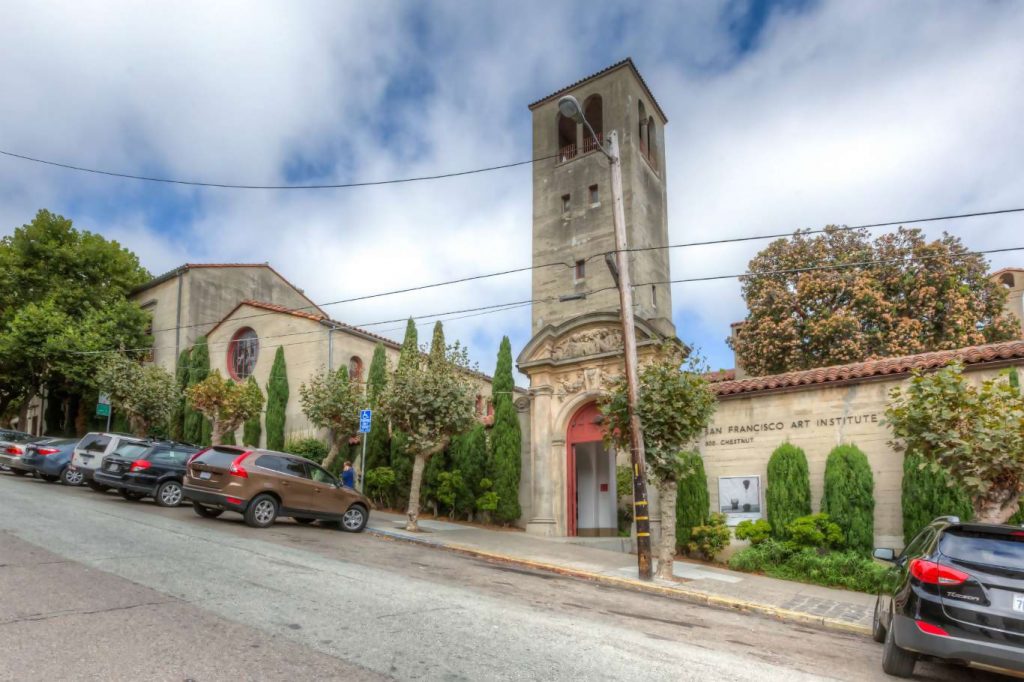 Rumors have spread for many years that the San Francisco Art Institute at its current location had been the subject of hauntings. One such rumor that had been floating around for a while was that the campus was once a burial ground of those who had died during the Gold Rush years. Over the years when construction workers were renovating the campus (including the tower), there had been reports of tools being moved around or even misplaced. Students and faculty of the past have often heard phantom noises such as footsteps, screams, and even visions of spirits appearing at odd hours of the day in hallways.

Most people have said that the tower was a hotbed for paranormal activity. Because of the legendary stories that had been told about the hauntings, the San Francisco Art Institute had at one point hosted an art exhibit based on the hauntings themselves. The exhibit was fittingly enough named “Ghost Of The Tower”. It was unclear when the hauntings have begun, but it had long been a legendary story told from student to student. It’s unclear if there are still hauntings to this day, but rest assured you may be bound to run into a student that may have visited the tower, only to possibly tell you of any eerie or uneasy feelings they’ve got from the possible paranormal activity they have felt or witnessed.

Ghost hunters had first investigated the institute in the 1960s after repeated accounts by construction workers who had heard various screams and noises. Some of them had refused to work after hearing stories of grisly accidents that had apparently happened prior to the renovation that they intended to do.

Is It Worth Visiting?

Considering that the San Francisco Art Institute is a public education facility, it just might be worth checking out. It might also be a good idea to ask around if you want to know more about the mysterious hauntings of the institute. If you are lucky, you may end up visiting the tower to see for yourself. While there may not be any guarantee if you see any ghostly activities at the tower or anywhere on campus, it never to take the chance to go on a bit of an adventure if you are up for it.

The San Francisco Art Institute continues to be one of the major hubs of American art. But it’s stories of hauntings and unfortunate events are still being told even to this day. If you ever end up in San Francisco and want to find out if it is still haunted, you may have the opportunity to check out the tower at night. It would not be a shock if you somehow end up hearing phantom noises or even see a spirit before your eyes. If you are really up for it, be sure to tell your own story about it.