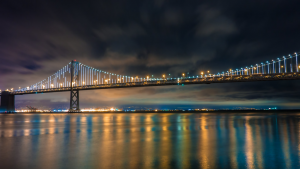 San Francisco is best known as the “City by The Bay”. It was originally a Spanish mission that was established in 1776 by settlers. However, it was later established as a city in 1850 at the height of the California Gold Rush. In the city’s history, San Francisco had been involved in some of the most devastating disasters in American history. One of the most notable was the 1906 Earthquake and Fire that wiped out a majority of the city. As a result, as many as 500 were killed and left thousands homeless.

While the city has long since been rebuilt, it has become the economic and cultural hub of Northern California. Aside from the hustle and bustle lies some of the most haunted places that any ghost or paranormal enthusiast would dare to go. If you plan on heading over to the Bay Area or nearby it, you may find yourself up to the challenge of visiting a few of the top ten places that we will be listing down below. If you are indeed feeling adventurous, check out these places (and the stories of why they are so haunted): 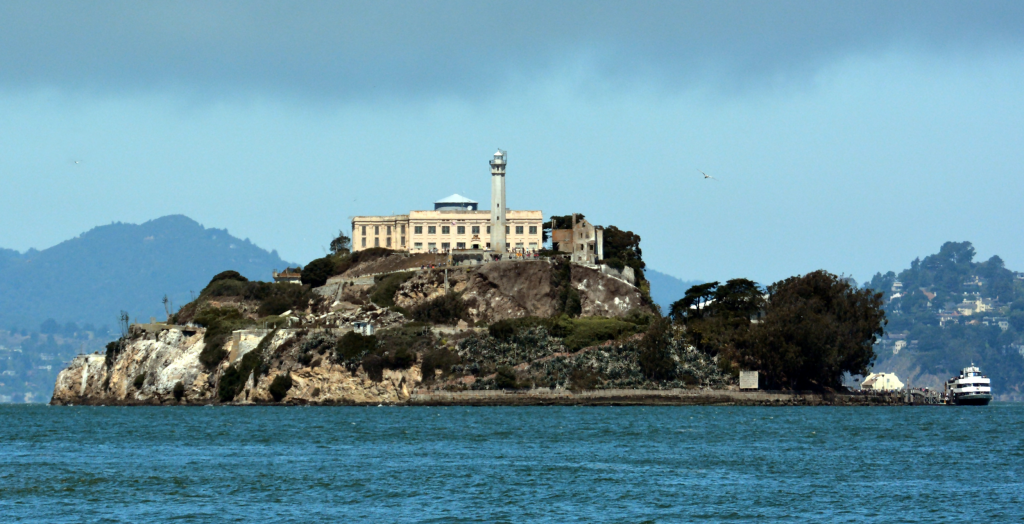 You simply cannot exclude the infamous Alcatraz Island as one of the many haunted places in San Francisco. Famous inmates like Al Capone and so many other gangsters from the 1930s among many others were incarcerated here. The stories of ghosts and paranormal activities happening in the prison are as limitless as water that surrounds it. During and after its closure in 1963, there have been reports of the sounds of chains rattling, unexplained gunshots, and random chilly feelings from those who took the tour of Alcatraz (especially at night).

Of course, long after they’ve been “released” by way of the cemetery, the inmates of Alcatraz might still haunt this island beyond the grave. Not to mention the many guards who patrolled the halls of the notorious prison. The night tours (if available) are worth checking out if you are adventurous enough. 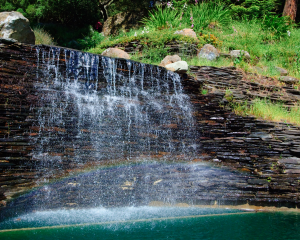 It has been said that a woman who had died in a road accident was said to have lived in a hut that was located somewhere on the grounds of Joaquin Miller Park. The problem is no one has ever recalled where in the park it was located. However, the woman’s specter may still be seen roaming the park on nights when the weather is mostly foggy. The story might sound like something as close to an authentic ghost story. 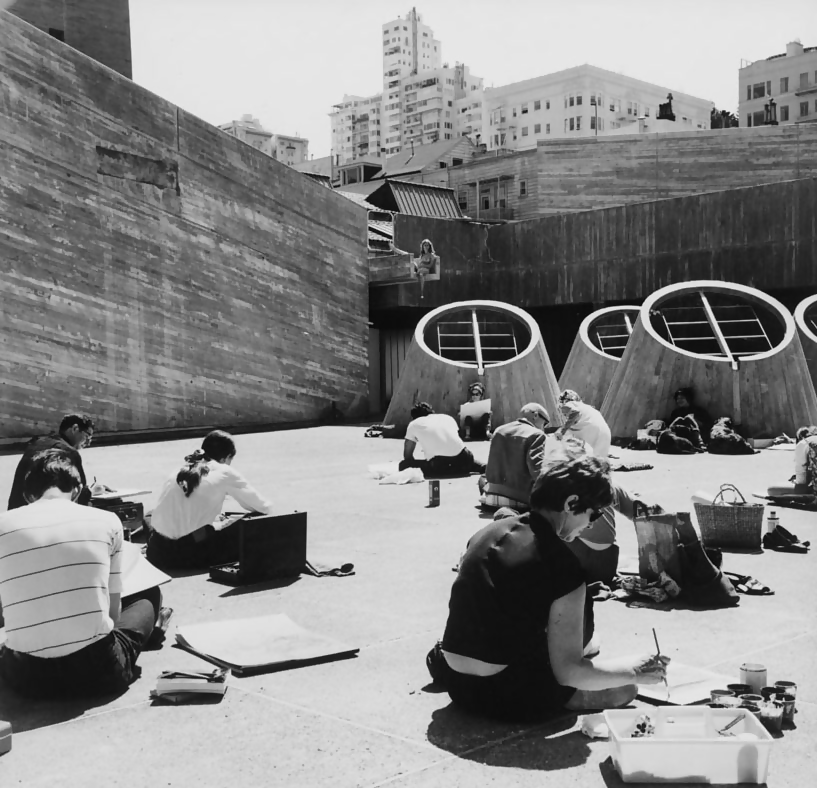 The San Francisco Art Institute is probably one of the more popular places among San Francisco’s vibrant cultural community. But unbeknownst to many lies a deep secret. This building was said to be built on an old burial ground. The Tower located on the Institute’s campus is said to be a hotbed for ghostly sightings and some paranormal activities. This is always to be expected when you’re walking the grounds of a place where many have long been buried. 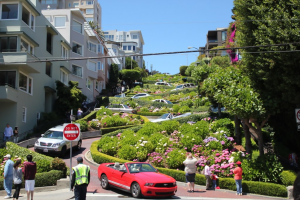 Even in one of the most affluent areas of San Francisco, there is still some paranormal activity and ghost sightings to be had. Lombard Street in San Francisco is no exception to the ghostly rules. This neighborhood was the site of a haunting at the home of a columnist named Pat Montandon. She hosted a Zodiac themed party and even brought along a Tarot card reader. Whatever made the latter angry surely brought a lot of attention to this small part of San Francisco. It was said that the Tarot card reader was so angry to the point where she cursed the Montandon’s home. Rumors of screams and blood on the walls were among some of the things flying around of what was seen on 1000 Lombard.

The Bay Bridge is one of a few bridges that connect San Francisco to other parts of the Bay Area. Yet, this is a place where some paranormal activity can still occur even when it’s well-lit at night. It has been said that drivers were randomly pulling over to the side of the road when they saw California Highway Patrol bikers in their rearview mirror. By the time they pulled over, the phantom police officers were nowhere to be found.

Hopefully, a ghost story like this doesn’t give you an excuse to not pull over if a member of the California Highway Patrol is right behind you. But don’t be surprised if you even see some other apparitions that may appear. Especially of those who may have plunged to their deaths from this bridge. 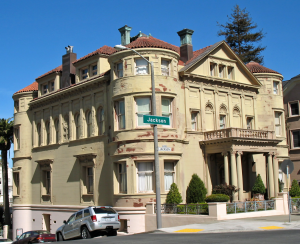 This was the home of the founder of the Pacific Gas and Electric Company, William Franklin Whittier. After his passing, the home was at one point the site of the German Consulate. Occupants and even visitors of the mansion were reporting ghostly activities and hearing random noises. More specifically, these sounds and even ghostly sightings were occurring somewhere in the downstairs wine cellar and the basement. Others were reporting cold spots and shadowy figures running around among some hair-raising experiences. 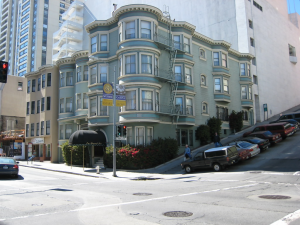 This was one of the first buildings that were built after the 1906 Earthquake and Fire. It represents a city that was on the verge of an eventually successful rebuild. However, the Nob Hill Inn had many owners throughout the years. Aside from the guests who have stayed, there are nearly two dozen ghosts who are residents of the Inn. The only mischief that they’re usually known for is moving items around and making some noises (like opening and closing doors). No blood-curdling screams or any voices from beyond. You may even be the victim of a harmless ghostly prank. 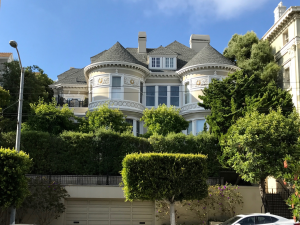 California may have been known for the gold. But even silver was making people prosperous as well. As such was the case with Richard Craig Chambers, who made his fortune with silver. After his passing, he bequeathed the residence to his two nieces. This was also the site where one of them died a gruesome death. The untimely death of Claudia Chambers occurred when she was found cut in half inside the home. It was unclear how it exactly happened, but some have pointed to a possible accident that involved some kind of farming equipment.

Those who have walked past the home have reported seeing lights flickering on and off at odd hours of the day and night. Even some psychics and paranormal experts believe that Claudia’s ghost continues to reside inside the home to this day. 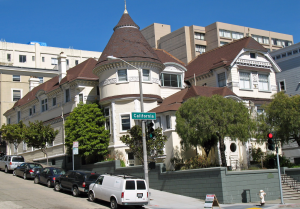 The Atherton House was owned by George Atherton. It was unclear as to what he was known for in terms of his occupation, but he was known for something else. He was known for dying at sea in the South Pacific some time in 1887. He was shipped back to San Francisco in a rum barrel that was also supposed to end up at his house. Instead, it was dropped off at a dockside located on the other side of the city. A dock worker opened the rum barrel only to find the corpse of Atherton encased inside.

His ghost along with the specters of three women (one of them possibly being his wife) are known to haunt the home. To this day, it was unclear how Atherton died or whether or not if the story of him ever returning to San Francisco in a rum barrel was confirmed. But he still makes his presence known in the house he once owned. 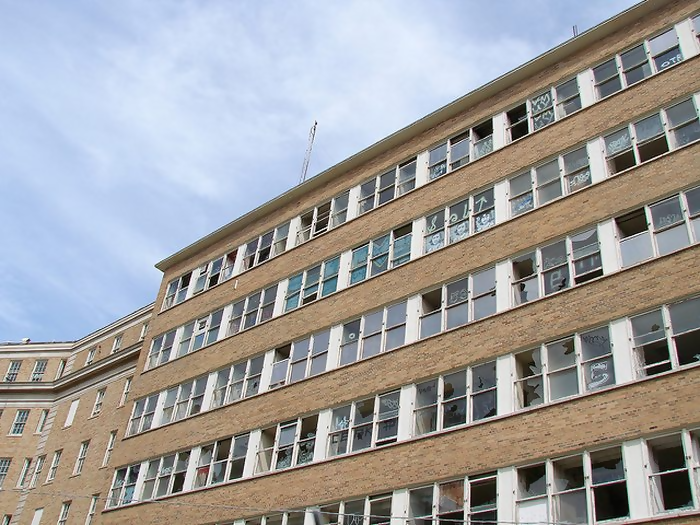 Before being converted into an apartment building at the beginning of the decade, the Public Hospital was an abandoned building that was sitting around for many years. Even ghost hunters and enthusiasts would sneak inside the abandoned building itself. While inside, many have recalled hearing footsteps, seeing reflections of light, and even cold drafts coming through many rooms. It’s probably what you would expect from a place where many medical procedures have occurred and many meeting their demise from debilitating illnesses and the like.

Due to the renovation, there has not been much to report these days. Some noise might be heard that could be considered “haunting”, but the incidents appear to be few and far between.