San Francisco’s position on the San Andreas Fault gives the whole city frequent reminders of mother nature’s fearsome power.  This was never less apparent than the 1906 Earthquake. Thousands were made homeless in a violent instant of destructive power that came without warning or remorse.

Your standard tour route takes in some of the places flattened by the earthquake. You will see where the rich queued with the poor to receive scant rations of food. Our extended tour adds another 4 locations down the hill, where the earthquake’s destruction was much worse. Ghosts from the earthquake are common, both people who lost their lives in the quake itself and the death and pestilence that spread afterward.

Hear horrifying tales of hauntings through the ages, from Hollywood stars from the Black and White era, allegedly caught red-handed, to the many hotels that house legions of ghosts.

We don’t want to give away all the stories on the tour, but we had a few that didn’t make it onto the itinerary because they were too far to walk to. Let us know if you are interested in a hundred-mile ghost walk, and we’ll get on the case! In the meantime, we added these additional stories to our San Francisco Ghosts blog, the stories of ghosts and ghouls from across San Francisco and northern California are sure to delight.

Below are a few of the locations that will be on your tour, just to give you an idea of what you will see on the best tour of San Francisco’s haunted places.

WHAT'S ON MY GHOST TOUR 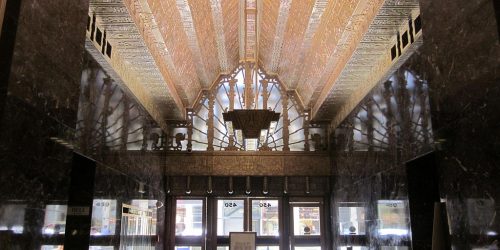 A cutting-edge building of its day, built to house a cross-section of medical professionals to make it convenient for visitors to see several medical specialists in a one-stop-shop, the building still houses medical professionals today. You will hear all about the Mayan secrets and the mysterious black figures that roam the building at night, terrifying security personnel over the years. 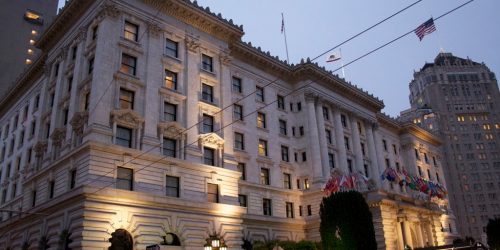 Its opening was delayed by the 1909 earthquake, which spared this elegant structure. Since opening it has been an emblem of luxury ever since. Hear about the sisters who built the hotel, and the cursed reputation it has had since opening. Hear all about the Hollywood scandal that rocked the industry and ruined a career.  Additionally, hear the stories about the deaths of several people who worked on the building. The hotel also appeared in several movies, we’ll see if you can guess which ones when we are standing outside the legendary hotel. 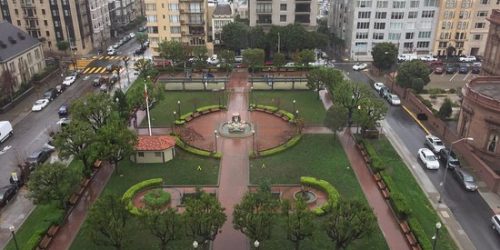