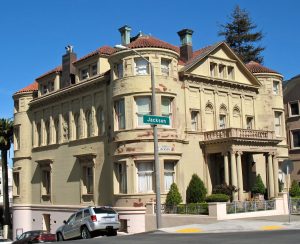 The Whittier Mansion was one of many luxury homes that were built in the early days of San Francisco’s inception. Since 1896, the mansion made from Sandstone served as the home of one of the wealthiest people in the country at the time. The historic home has served various purposes over the years. But for many, it’s a place that might still have numerous residents from ages past. With many occupants that have taken up residence here, did they realize that they had guests? And what kind of paranormal activity did they encounter? We will talk about the Whittier Mansion and the story of how it may be haunted. It may be one of the best looking houses in San Francisco today, but you might have never thought of the place being haunted until you’ve heard the stories. 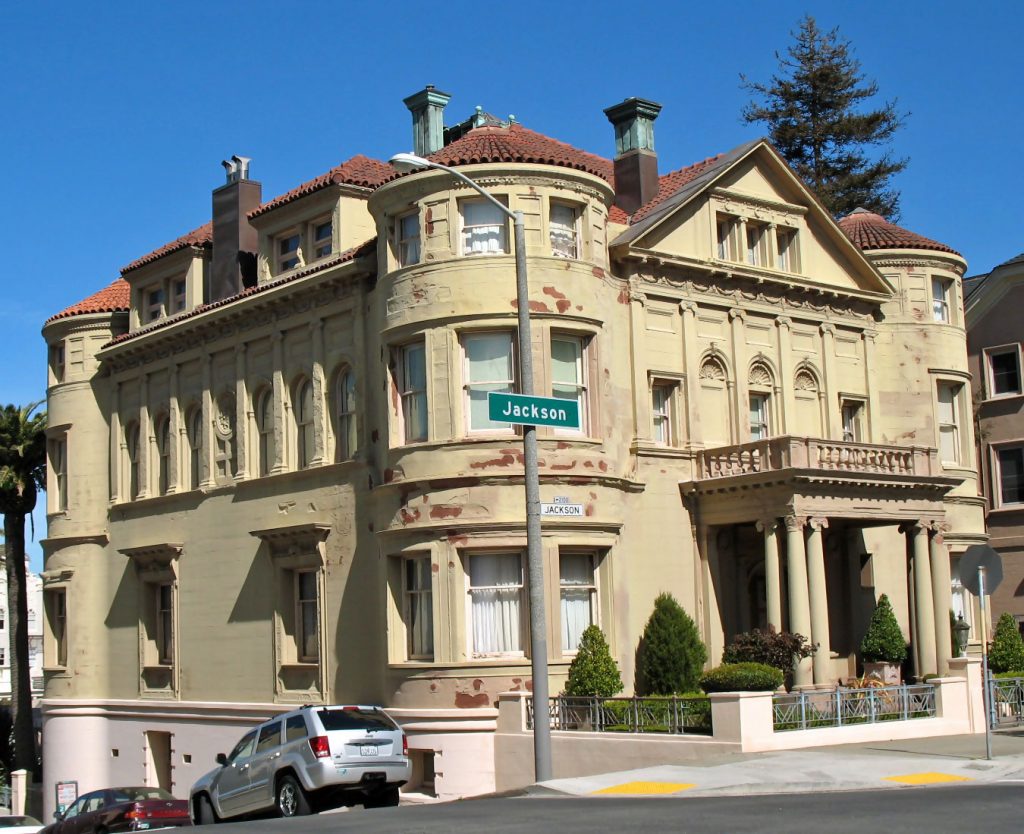 The ground broke on the Whittier Mansion in 1894. The construction took two years and was completed in 1896. The home was built for William Franklin Whittier, who was a notable figure in the railroad and shipping business. The home was one of the first built in California that used steel framework, thus making it a really tough building that could be considered almost indestructible. The structure might have proven its mettle when the great San Francisco Earthquake of 1906 rocked the city and caused a massive fire in the process. The finished product stood at three stories and measured at a total of 3500 square feed.

Up to thirty rooms and was built not just as a home for Whittier himself, but it was said to be a gift to his wife. Unfortunately, Whittier’s wife did not live to see the finished home as she died in an accident. But nonetheless, Whittier had lived in the home up until his passing in 1917. However, he wasn’t the only resident of the home while he lived there. His son Billy resided there and was known for his lifestyle of throwing parties well into the late-night and early morning hours. Some have said that the younger Whittier lived off his father’s money and was enough to be considered lazy and incorrigible. Despite this, he inherited the home after his father’s passing. He lived there until 1938 when he sold it to the German Reich.

The house was used as a German consulate between 1938 to 1941. However, word had it that the consulate had housed German spies that were in the area to scope the city and the surrounding area. The man who purchased the home was known to be one of the top advisors to Adolf Hitler during the latter’s tyrannical reign. His name was Fritz Wiedmann and along with him were his wife and children that lived in the home.

With Germany starting a war with Great Britain the following year, it seemed the presence of the German government in San Francisco had raised a lot more suspicion. By the time the United States had entered the war, the Germans had vacated the Whittier house after the US government had seized it.

When the government had taken control of the Whittier Mansion, Wiedmann and his family were ordered to leave within a short period of time. Word had it that Wiedmann had traveled to Japan at some point before the attack on Pearl Harbor. This raises suspicions of whether or not the Germans had passed on any information to the Imperial Japanese who may have already been in the process of planning an attack on American forces. The attack itself eventually led to the US entering World War II with Germany declaring war on the United States the following day after Roosevelt’s declaration against Japan. The mansion that was a symbol of prosperity at the height of the industrial revolution might have been the place where a role had been played in what turned out to be a surprise attack on a country that was enjoying a time of peace.

After a nine-year hold, the government auctioned it off to a new buyer named Mortimer Adler. Adler used the home as part of his philosophical institute until 1956. The State of California had owned it at one point in time and used it as a government office until it was sold once more to another buyer. Today, the home still stands as a private residence. However, with so many people coming in and out of the home, the stories of possible hauntings can be told by so many. How is it haunted? Who’s spirit is said to be wandering around in the 30 rooms of the Whittier Mansion? 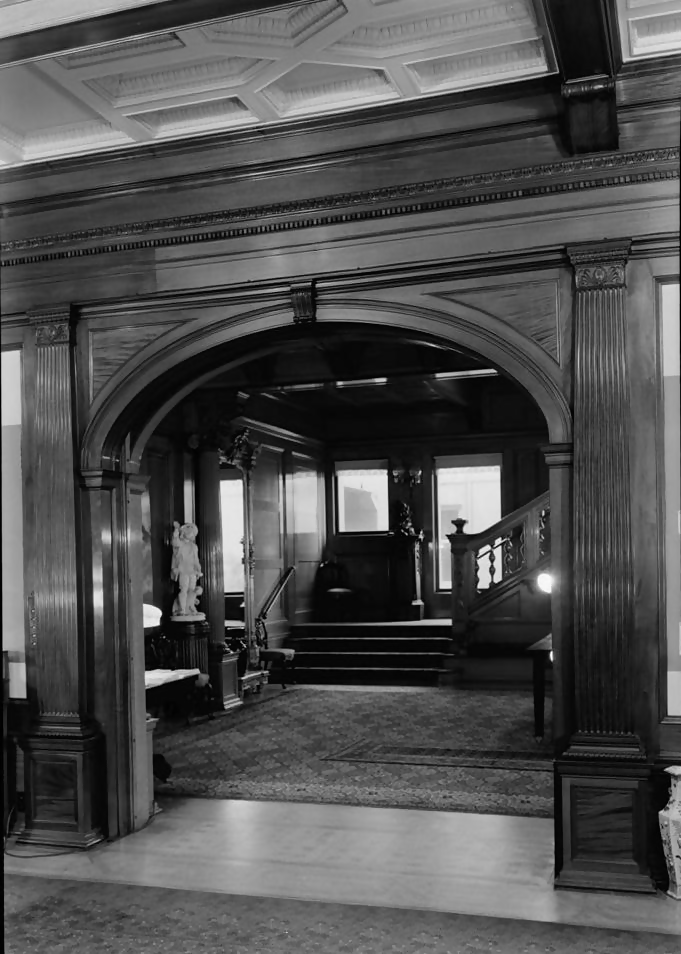 For many years, it’s been said that the Whittier Mansion is somehow haunted. According to one resident, he said at one point in time while walking near the mansion he saw someone who was short and bald dressed in formal clothing. Whether it was the butler or one of the staffers that Whittier had hired remains to be seen. Some have even seen a shadowy figure walk past at night while looking at the windows of the house. There have been stories that the ghost of William Whittier himself still remains at the house in hopes of waiting for his wife to return home to the house she never lived to see.

Visitors of the home had once saw what appeared to be a figure of a man located in the wine cellar. Rumor has it that the spirit of Billy Whittier is said to be in that area as he was known for drinking wine on a regular basis and throwing massive parties. Fitting for someone who lived the life of someone who reveled and lived without care. And given his reputation for being lazy, it’s probably a good chance that he’s only down in that area of the home and not anywhere else.

There had been several ghosts that were said to be seen inside the home or even outside of it. Whoever the spirits were or who they belonged to still remains to be unseen to this day. But we can bet that whoever lives in the home currently might have a story or two about living in a potentially haunted house.

Is The Place Worth Visiting? 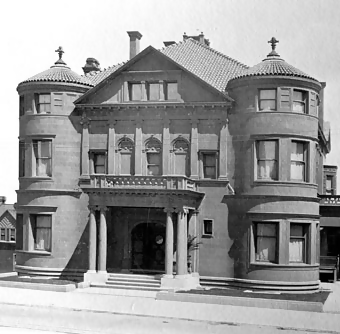 Since the place is a private residence, it’s unclear who might be occupying the place. However, it probably wouldn’t be wise to walk up to someone’s door and ask if there are any ghosts around. But if anything, you can probably walk the neighborhood at some point during the day or night and be fortunate to capture any kind of paranormal activity. But mind you, there isn’t a guarantee that it may happen. And if you can’t seem to see anything out of the ordinary, rest assured that there are a lot of haunted places you can check out for yourself while in San Francisco. While a good handful of them are not private residences (and open to the public), that will give you a real chance to perhaps encounter some strange entities that have left people with feelings of unease.

The Whittier Mansion might have been home to one of the richest people in America at one time. And it might have been one of the last few buildings standing after a huge earthquake and fire. But the home has seen its share of tenants both living and dead. Whether it housed ghosts or possible German spies prior to the war, the house can tell so many stories if it had the ability to talk. If you want to go on an adventure, San Francisco has plenty of places to check out that might be haunted. But if you get the chance, take a walk past the Whittier Mansion and you may see or even feel something that might be unforgettable.